The Group’s Management has always been headed by the Corbí-Ramón family, known nationally for their extensive experience in the education sector.

Today he is one of the most relevant people in the world of Education on the national scene due to his great and varied involvement in the education sector.

He has been, for more than 10 years, Treasurer and member of the National Board of Directors of NABSS, the National Association of British Schools in Spain, and since 2021, vice-president at the national level.

Franc Corbí is State Councilor for education in Spain, where he is a consultative member of the State for Education in the private sector together with Mr. Juan Santiago.

Later, he was appointed a member of the National Board and of its National Executive of ACADE, the most important employer association of private schools in Spain, also acting as 1st vice president at the national level since 2020.

Regular speaker at national and international educational events, co-creator of the School for Talented Parents, organizer of prestigious educational conferences such as EICE (Teaching English in Educational Centers) and director of the Shakespeare Awards, prestigious awards given to the education sector.

Added to all this activity in the education sector is his regular participation in television programs about education and his fixed section of School for Talented Parents on Mediterráneo Televisión on Levante TV and Director and Presenter at Escuela de Padres on 13TV. Since last year, he has presented and directed the weekly radio program “Hablemos de Educación” on Radiointereconomía.

They usually participate and collaborate in educational legislative initiatives. For this reason, it has participated on behalf of the British schools in Spain in the regulations of access to the university of British schools as well as has formed part of the committee of experts in private education in the White Book of Education that began to be elaborated in June 2017. 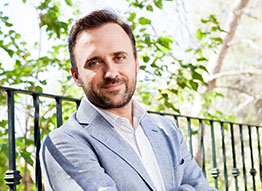 “Our vision of how a good education should be is clear: innovation with tradition, personalization and an environment where the student is safe, fun, motivated and special”.

The website www.colegiosbritanicos.com uses its own and third-party cookies to collect information that helps optimize your visit to your websites. The Cookies to collect personal information. You can allow its use or reject it, you can also change your Settings whenever you want. You will find more information in our Cookies Policy.

We may request cookies to be set on your device. We use cookies to let us know when you visit our websites, how you interact with us, to enrich your user experience, and to customize your relationship with our website.

Click on the different category headings to find out more. You can also change some of your preferences. Note that blocking some types of cookies may impact your experience on our websites and the services we are able to offer.

These cookies are strictly necessary to provide you with services available through our website and to use some of its features.

Because these cookies are strictly necessary to deliver the website, you cannot refuse them without impacting how our site functions. You can block or delete them by changing your browser settings and force blocking all cookies on this website.

We also use different external services like Google Webfonts, Google Maps and external Video providers. Since these providers may collect personal data like your IP address we allow you to block them here. Please be aware that this might heavily reduce the functionality and appearance of our site. Changes will take effect once you reload the page.